Turning the stock market inside out — a view from the 1% seats.

Last May, we posted a blog, Corporate Cocaine regarding massive stock buybacks by U.S. corporations, used to bolster their stock prices. This is a brief follow up.

On one hand, buybacks can be a healthy sign that reflects a company’s confidence in its future and willingness to share the cash its business is generating. But increasingly, they’ve become a gimmick to distract investors from problems like struggling sales growth and lack of ideas in how to invest available cash. Meanwhile, major insiders benefit from artificially inflated stock prices (albeit temporary) that serve to bolter their overall compensation.

Companies have two ways of returning cash to shareholders: buybacks and dividends. The latter are pretty straightforward. The company pays a fixed amount for each stock held, usually on a quarterly basis. Under a share buyback, a company purchases a certain number of its own shares. It may do this on the open market or by giving shareholders the option to sell their stock to the firm, often at a slight premium to the market price. It then cancels the purchased shares, reducing the total number outstanding, giving each shareholder a larger slice of the company.

Buybacks also increase earnings per share (because total earnings are divided by fewer shares) and tend to increase the value of the remaining shares.

So, What’s the Big Deal?

Corporate debt has reached record levels, and defaults are rising. In 2008, it was mortgage debt. Next time, it could well be corporate debt.

The most recent count and cash volume of defaults are “on a disconcerting uptrend, which has kept investors on edge,” says Benjamin Garber, an economist with Moody’s Capital Markets Research.

Part of the buyback game played by large public corporations tends to pull investors in by simply making their stock look good in the headlines. Less informed investors (who buy-in at the wrong time) grossly outnumber the few insiders who understand the game.

The original underlying principles of the U.S. stock market made perfect sense: Allow millions of people to chip in together to invest in American enterprise, maintain a strong and stable economy, and nourish a large and growing middle-class by simply sharing the wealth. (And elevate the poor?) 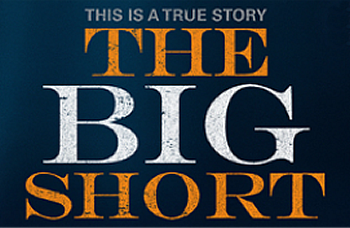 ‘The Big Short‘ was nominated for Best Picture this year at the Academy Awards. It’s an excellent docudrama that dissected the events leading up to the 2008 real estate meltdown.

This brings us back to what we’re addressing in this post: “Growth is not a never-ending game!” Companies do not, will not (or cannot) find ways to re-invest excess cash to grow their business, so just buy back stock with cheap borrowed money (some of which surely came through those fiat dollars (a.k.a. “QE 1-2-3″ — and a 4th “QE” is already in discussion). Wasn’t that ‘stimulus’ supposed to go to Main Street? We’re not confused.

Low Interest Loans and Stocks Go Up, So, What’s the Problem? 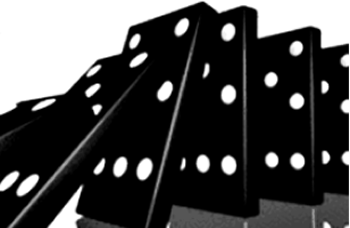 When companies borrow too much and can’t pay their debts simply due to a hiccup in the economy, they must sell off assets and lay off employees. But this is usually after insiders have already sold off a chunk of their shares near the top of the value curve. Sooner or later the dominos just may begin to fall… again!

Since 2007, the Uvida team has closely studied the role of sector and index ETFs (Exchange Traded Funds) as part of a larger stock market strategy.

Uvida members will have free access to financial services initiative we’re calling “SectorStories”. The final product will offer insights surrounding the daily status of at least 30 stock market sectors and how they influence the larger indices, in the form of brief audio streams for each sector. We take it an important step further by tying these insights to specific ETFs.

This strategy falls somewhere between frantic day-trading and the longer-term ‘buy & hold’ strategy. Using long and short ETFs to execute an average of 20-30 trades per year, can yield outstanding returns with minimal risk.

Heads Up! But it’s no secret. The stock market is not what it used to be.